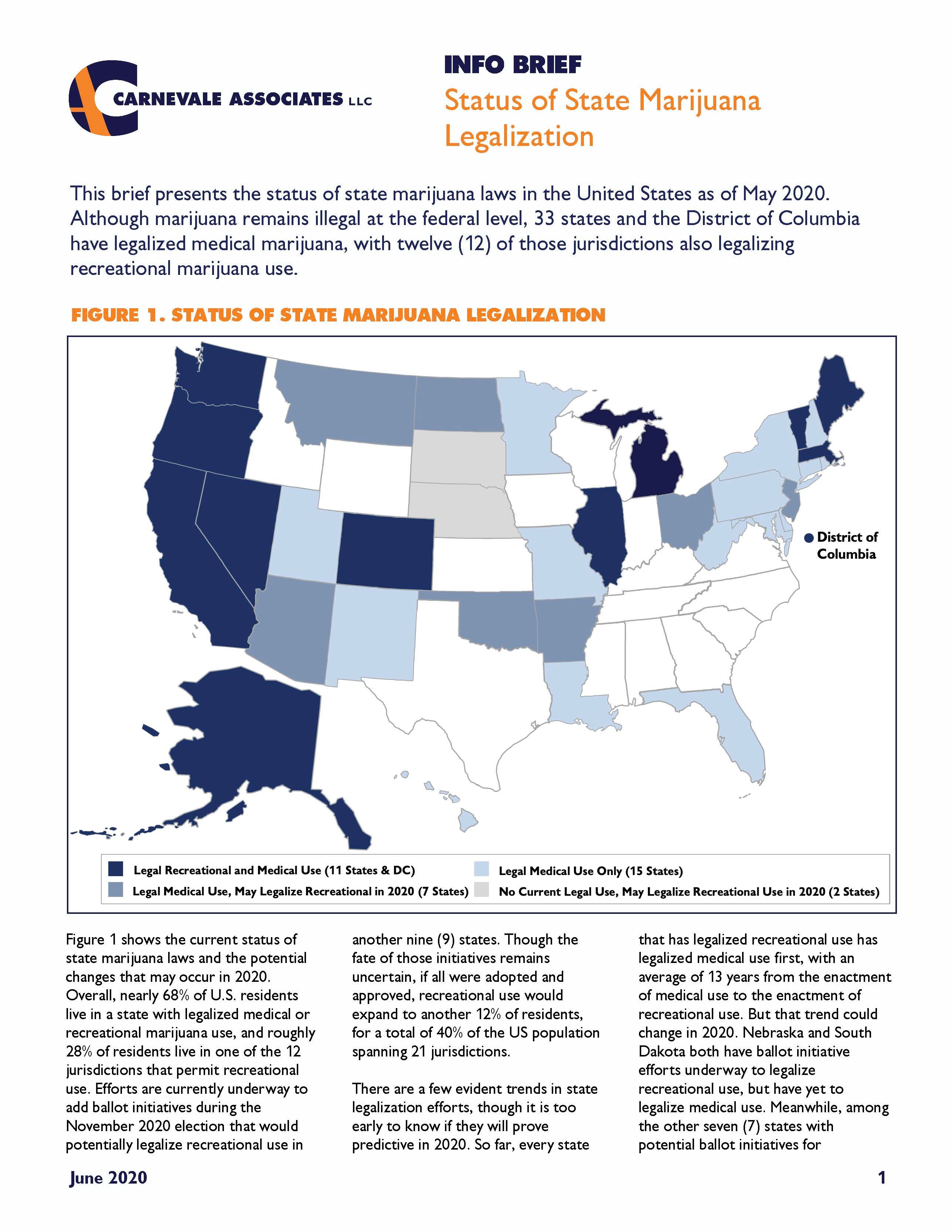 This brief presents the status of state marijuana laws in the United States as of May 2020. Although marijuana remains illegal at the federal level, 33 states and the District of Columbia have legalized medical marijuana, with twelve (12) of those jurisdictions also legalizing recreational marijuana use. Figures from the brief are displayed below. 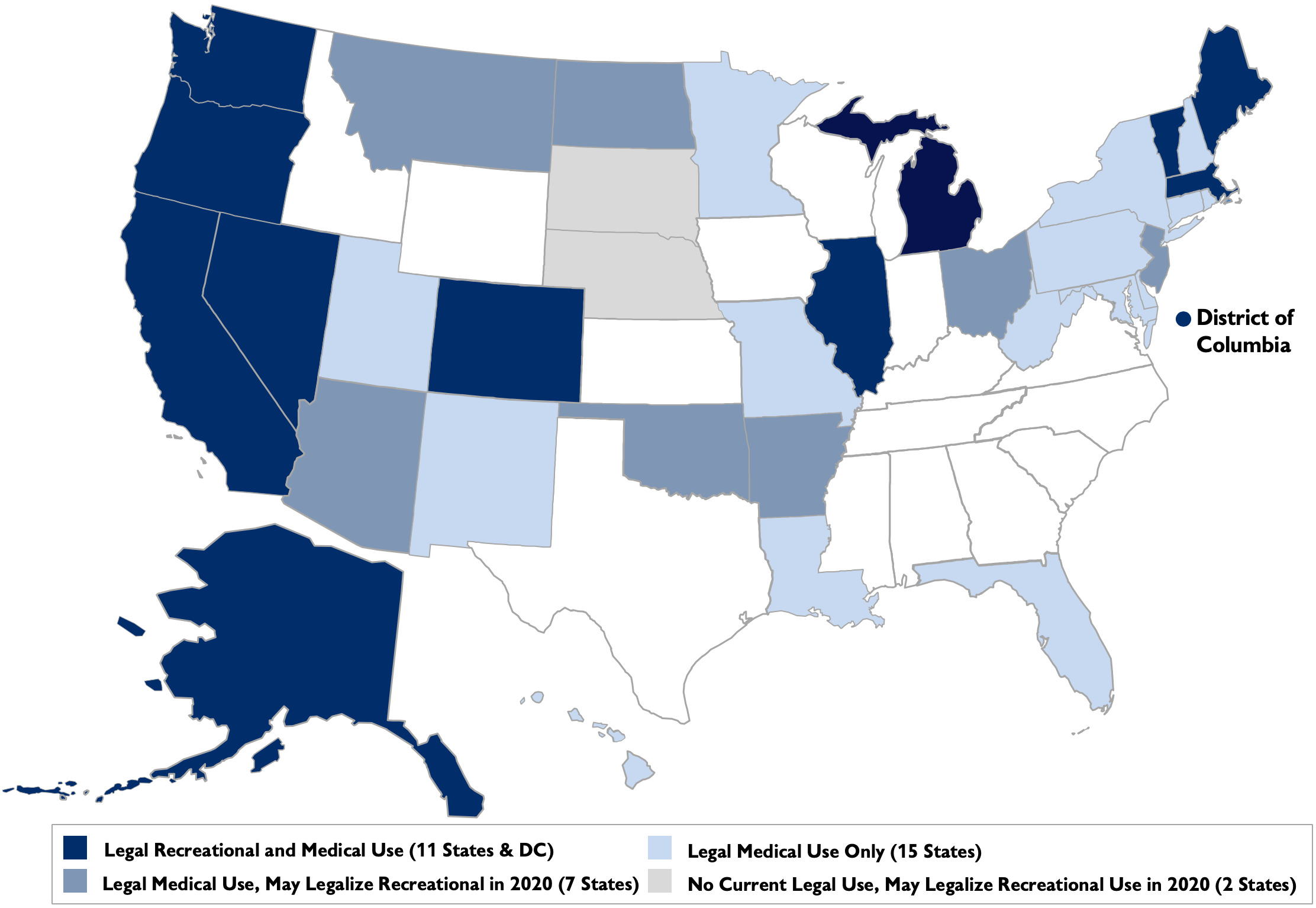 Enactment Dates and Populations of States with Legalized Use 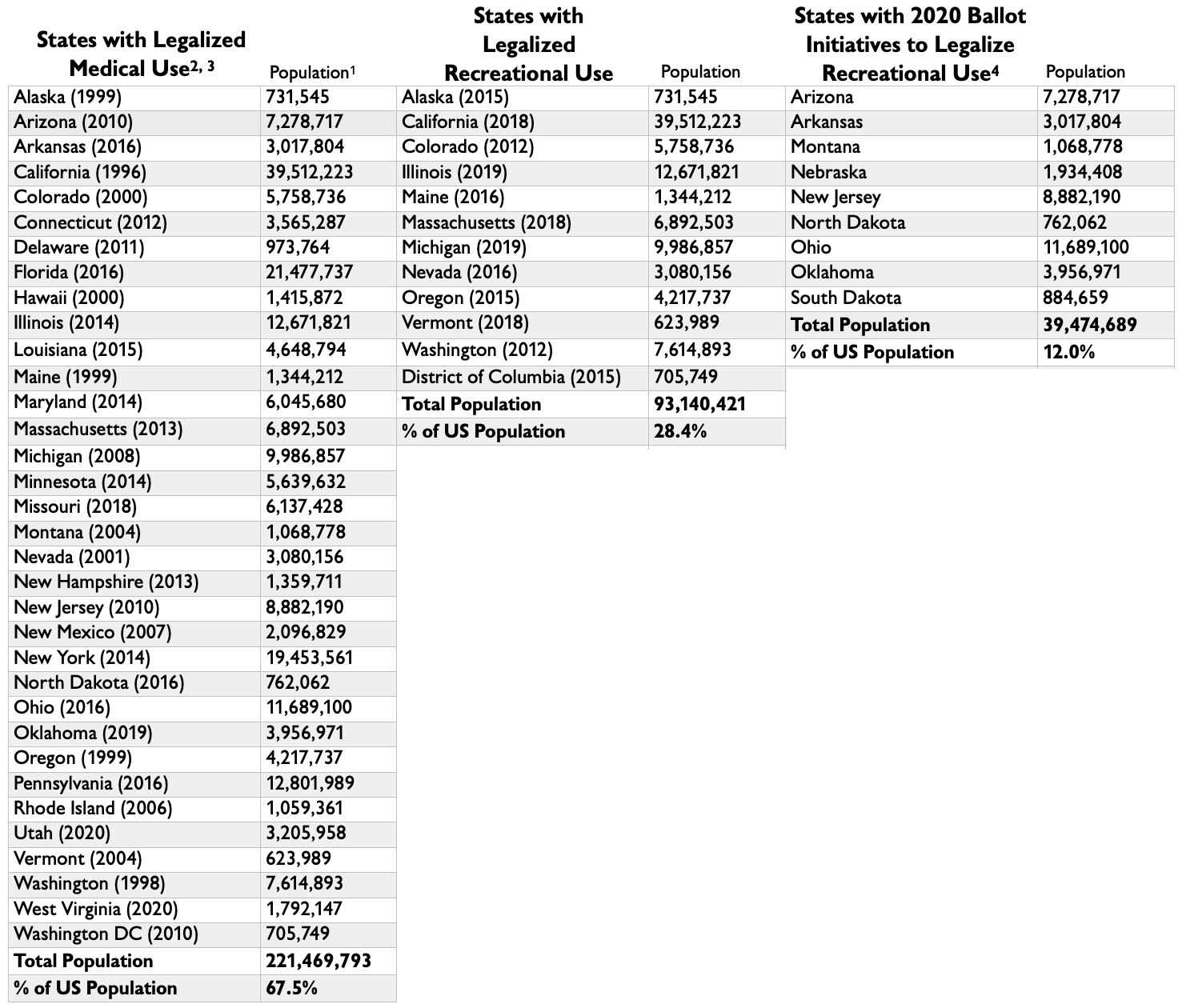 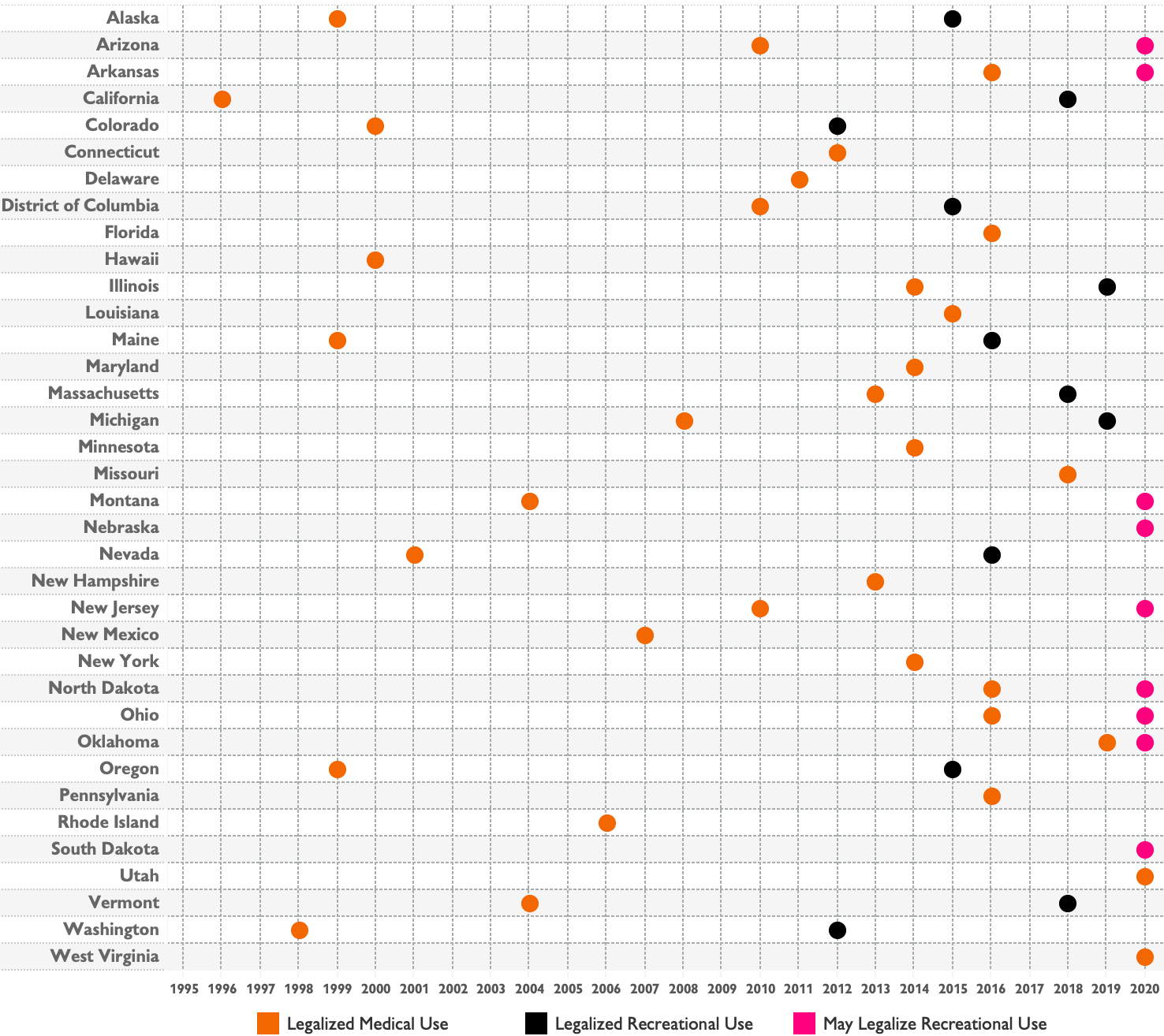 Notes
1. Population figures were obtained from the US Census Annual Estimates of the Resident Population: April 1, 2010 to July 1, 2019.  Estimates are for 2019.
2. Dates show the year medical or recreational marijuana laws were enacted rather than their original approval date.
3. All states with legalized recreational use previously legalized medical use. There was an average wait of 13 years between the legalization of medical use and the legalization of recreational use.
4. The New Jersey and South Dakota initiatives have obtained ballot access. Initiatives in all other states are still pending access. It is unknown whether exceptions to signature gathering requirements will be granted in all states due to COVID-19.